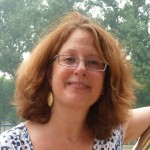 Broadly speaking, what interests me are the processes of producing shared and conflicting truths and realities at sites of inter(natural-)cultural engagement. Much of my work has attended to colonial situations and problems of translation—of practices of mediation. My theoretical focus conjoins concerns with knowledge, power, and history associated with studies of colonial societies and postcolonial theory with the careful attention to materiality and the making of reality found in studies of science and technology.  Geographically, I work on historical and contemporary Indonesia.

In Visible and Invisible Realms: Power, Magic, and Colonial Conquests (winner of the Victor Turner Prize for Ethnographic Writing in 1995), I examined encounters between representatives of the Dutch colonial state and the paramount kingdom on the island of Bali (Indonesia) as rendered in colonial archives and in late 20th century Balinese memories and narratives.  The book explores differing assumptions about the entities that constitute the world and differences in the exercise of power evident both in historical interactions and their narration.  It focuses attention on why some practices, claims, and actors find a place in modern frameworks of historical truth both within and beyond contemporary Indonesia, and others are marginalized or ignored as scandalous or impossible—such as bullets gifted by spirits or heirloom daggers that cause earthquakes.

I am currently finishing Magic in Translation: Politics and Ontology in Colonial Indonesia. It treats magic as a connecting device that colonial agents transported to places it never had previously existed to characterize Indonesian practices and practitioners. I follow the unanticipated consequences of efforts to establish distinctions between European and native, nature and culture, reason and superstition, fact and fetish. Artifacts and agents apparently marginalized as “magic” often gained in strength, invading the everyday lives of European residents of the colony and circulating far outside their former networks.

I also am involved in two other projects.  The first addresses the ongoing production and reception of “history” in Bali, in the form of commemorative activities, public debates, authoritative accounts, rites, casual conversation, and material markers.  I anticipate a book that explores three different kinds of pasts in relation to the present: the valorized memory of what is now seen as anti-colonial resistance; the ritual remembrance of ancestors and heritage; and controversial memories of Cold War massacres of Communists.

2007 Dangerous Liaisons and Other Tales from the Twilight Zone:  Sex, Race, and Sorcery in Colonial Java, Comparative Studies in Society and History 48 (3):  495-526.