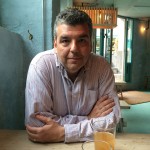 Research Background: The central theme of my research has been the transformational possibilities of everyday life. My recent book Dancing with the Dead: Memory, Performance, and Everyday Life in Postwar Okinawa takes up this question, building on several years of fieldwork that I carried out in Okinawa, Japan. Through ethnographic and archival research, I explored traditional forms of social organization and genres of ritual and performance. I studied the work of ethnographic comedians, whose performances weave Okinawan folk humor, Japanese traditional monologues and improvisational storytelling into sophisticated critiques of everyday life. I also worked with the youth group from which these performers emerged. In particular, I examined their eisaa—dance for the dead—and its mediation of social relationships. My book provides close readings of these performances, focusing on modalities of mourning, memoration and creative action.

Current Research: My first project focused on creative actors who were able to struggle against the constraints of the modern world in order to carve out a moment for meaningful activity. While I remain committed to the possibilities of daily life, I feel it is also important to consider those for whom the burden of the everyday becomes unbearable.  My new project Listening to the Bones: The Rhythms of Life and Death in Contemporary Japan takes up this problem. It involves the study of early Okinawan ethnologists such as Iha Fuyû; an ethnography of efforts to recover the remains of the Japanese war dead; as well as a critical exploration of Okinawan photography and experimental film. I am interested in the ways in which people negotiate the vortex of local knowledge, Japanese nativist ethnology, western anthropology and discourses of the state.

“In the Middle of the Road I Stand Transfixed.” Over There: Living with the US Military Empire, edited by Maria Hoehn and Seungsook Moon, Durham: Duke University Press, 2010.