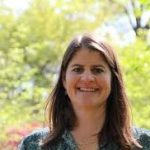 I was reared in Oklahoma and am an enrolled citizen of the Choctaw Nation. I am also of documented Chickasaw ancestry.

My areas of interest are: American Indians and other Indigenous peoples; Global Indigeneity; bureaucracy and the U.S. Bureau of Indian Affairs; the federal trust responsibility to Indian tribes; federal-tribal relations in the United States; Indigenous land dispossession; colonialism and imperialism; violence toward and the oppression and subjugation of Indigenous peoples; land, water, and other natural resources; tribal sovereignty; Indigenous nation building and tribal governance; the multi-continental land back movement, healing, decolonization, and Indigenization; collective Indigenous land ownership; the impact of capitalism on Indigenous peoples.

Scholarship:
My new book, Native Agency: Indians in the Bureau of Indian Affairs, is forthcoming (January 2023) from the University of Minnesota Press in the Indigenous Americas series, a series edited by Robert Warrior (Osage Nation). An ethnographic study of one of the oldest federal agencies in the United States, this book is based on sixteen months of full-time work I conducted at the BIA’s headquarters in Washington, DC, together with many months of additional research I carried out at the BIA’s regional and reservation-level agencies.

In Native Agency, I argue that, instead of fulfilling settler-colonial goals, the Indians in the BIA have been leveraging federal power to fight settler colonialism, battle white supremacy, and serve the interests of our people. Although the missteps and occasional blunders of the Indians in the BIA have at times damaged the federal-Indian relationship and fueled the ire of our people, and although the BIA is massively underfunded, when American Indians and Alaska Natives began running the agency, they reformulated the meanings of concepts that lay at the heart of the agency—concepts such as tribal sovereignty, treaties, the trust responsibility, and Indian land. At the same time, they pursued actions to strengthen and bolster tribes, to foster healing, to fight the many injustices Indians face, and to restore the Indian land base.

This book aims to provide a national-level look at an intriguing and impactful form of Indigenous resistance. It describes, in great detail, the continuing assaults made on Native peoples and tribal sovereignty in the United States during the twenty-first century, and it sketches the visions of the future that Indians at the BIA and in Indian Country have been crafting for themselves.

Native Agency is my second book. My first book, Choctaw Nation: A Story of American Indian Resurgence (University of Nebraska Press 2007), is a story of tribal nation building in the modern era. It is the winner of the North American Indian Prose Award and was a finalist for the Oklahoma Book Award. In this book, I treat nation-building projects as nothing new to the Choctaws, who have responded to a number of hard-hitting assaults on Choctaw sovereignty and nationhood by rebuilding our tribal nation. Drawing on field research, interviews, and archival sources, I explore the struggles and triumphs of our Tribe in building a new government and launching an ambitious program of economic development in the late-twentieth century, achieving a partial restoration of our former glory as a significant political and economic presence in what is now the United States.

The most significant way I have engaged with Native communities beyond scholarly documentation and exploration of Native lives is through my work in 2014−15 for the Chickasaw and Choctaw Nations as an expert in the legal case The Chickasaw Nation and the Choctaw Nation v. the U.S. Department of the Interior. This collaborative work with my Tribe and our sister Tribe has been among the most satisfying work of my career. The case was resolved in a settlement with the U.S. government, announced on October 6, 2015, that involved a payment to the Chickasaw and Choctaw Nations of $186 million. This is the fifth largest tribal trust settlement in U.S. history.

My other professional experiences include:

– Research and/or project experience in and/or with the Muscogee Nation, the Passamaquoddy Tribe of Maine, the Navajo Nation, and the Mescalero Apache Tribe.

– Post-baccalaureate field research in Taiwan, R.O.C. among one of the country’s several Indigenous populations.

Teaching:
I am a recipient of UNC’s Edward Kidder Graham Teaching Award.

The classes I teach regularly are:
Introduction to Cultural Anthropology (ANTH 102)

Finally, I am a member of the Dean’s Global Indigeneity Working Group here at UNC. Together we have developed a preliminary vision for our emerging unit, which I am delighted to share:

A Preliminary Vision for an Emerging Global Indigeneity Community and Curriculum

Indigeneity is woven into the fabric of the world. Since its founding in the late 1990s, American Indian and Indigenous Studies at the University of North Carolina at Chapel Hill has led the way in the development of innovative multi-, inter-, and transdisciplinary approaches to exploring its many threads. While continuing to center American Indian Studies, we turn now to locating it within a freestanding Curriculum in Global Indigeneity. We have long been intrigued by the striking coherences that exist in the centuries-long, global march of colonization, imperialism, oppression, violence, and land dispossession that have affected peoples all over the globe. We seek to deepen and enrich our place-based understandings and commitments through larger conversations about the undeniable similarities (as well as differences) in the ways colonized peoples around the world have been responding to past and ongoing assaults on their lands and sovereignty. Among the many powerful decolonizing projects that have captured our attention  are the numerous “land back” movements unfolding on several continents; the work of Indigenous nations in Ecuador, Bolivia, and elsewhere to reconstitute their nation-states as plurinational and to affirm ecosystem rights; and projects launched by Cherokees, Koreans, Senegalese, Frisians, and others to revitalize their suppressed languages.

We believe that the promise these efforts hold for remaking a world shaped by colonialism invites global and comparative conversations. Our goal is to close the gap between academic and Indigenous communities in North Carolina and beyond, shift Indigeneity from the margins of academia to the center of intellectual inquiry, and foster fruitful local, regional, and international collaborations. In so doing, the Curriculum in Global Indigeneity will provide opportunities not only to learn about Indigenous and colonized peoples, nations, cultures, philosophies, epistemologies, and much more, but also to interrogate power and support and amplify decolonizing and Indigenizing efforts worldwide, including efforts to decolonize the university. The scholarship and creative work of heretofore marginalized thinkers and artists lies at the heart of our collective undertaking. While rejecting essentialist and romanticized views of Indigenous peoples, our personal commitment is to nourish our relations with the human, other-than-human, and more-than-human world with humility and respect