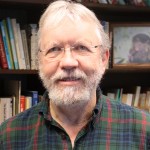 My research efforts have focused on the native peoples of southeastern North American. I have been particularly interested in the ways they structured and restructured their societies in the late prehistoric period (ca. AD 1000 to Contact) and early historic period. In pursuit of these interests have examined the ways that southeastern peoples constructed identities and the political and social structure of their societies, in how the transformed their societies over time, and in the nature and consequences of their interactions with Europeans in early colonial times. More specifically, I have looked at the intitial development of Mississippian chiefdoms in the Apalachicola Valley of northwestern Florida, the political structure of the prehistoric Apalachee chiefdom, and the interaction of the Apalachee with 16th-century Spanish explorers and 17th-century Spanish missionaries and colonial officials, and ideological ties between the prehistoric Apalachee and other Mississippian peoples. My research articulates with two, more general concerns: (1) the construction of inequality and political authority in the absence of power asymmetries, and (2) the exercise of agency by Native American peoples in the shaping of colonial encounters.During my career, I have worked for the Florida SHPO office, the Florida State Archaeologist’s office, and the University of Kentucky Program for Cultural Resource Assessment, and I continue to have an active interest in public archaeology and cultural resource management in the United States.

I am working with Margaret Scarry on an investigation of the ways that individual households articulated with larger social formations in the Black Warrior Valley of Alabama spanning the period of the construction of the Moundville chiefdom. We have conducted three seasons of field investigations at small sites of the West Jefferson and Moundville phases. As part of this project, Gregory Wilson has examined the archaeology of households in the nucleated community at the Moundville center and Mintcy Maxham has examined the nature and structure of rural settlement during the Moundville phase.

I am also working on a comparative study of mortuary practices and the construction of elite identities and chiefly authority in the Etowah, Lake Jackson, and Moundville chiefdoms of the southeastern US. The study focuses on the ways that the people of these societies employed sets of symbols and understandings of the world shared across the region in distinct, historically contingent practices and discourses to construct similar structures of authority and elite identity.

2002 (with Mintcy D. Maxham) Elite Actors in the Protohistoric: Elite Identities and Interaction with Europeans in the Apalachee and Powhatan Chiefdoms. In Between Contacts and Colonists: Protohistoric Archaeology in the Southeastern United States, edited by Cameron Wesson and Mark Rees, pp. 142-169. University of Alabama Press, Tuscaloosa.

2001 Resistance and Accommodation in Apalachee Province. In The Archaeology of Traditions: Agency and History before and after Columbus, edited by Timothy R. Pauketat, pp.34-57. University Press of Florida, Gainesville.