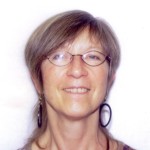 Present Research: My theoretical interests revolve around identity, agency and social change, particularly change brought about by social movements. Several colleagues and I published two books, Identity and Agency in Cultural Worlds (1998, Harvard), and the co-edited volume, History in Person: Enduring Struggles, Contentious Practice, Intimate Identities(2001, School of American Research Press), which together articulate a social practice theory of identity. Two prior co-edited volumes, The Cultural Production of the Educated Person (1996, SUNY) and Selves in Time and Place: Identities, Experience and History in Nepal (1998, Rowman & Littlefield Publishers) pursued similar issues in educational research and Nepalese studies. More recent publications in this theoretical vein include a co-edited special issue of Ethos, entitled,Ethnographic Studies of Positioning and Subjectivity: Narcotaffikers, Taiwanese Brides, Angry Loggers, School Troublemakers (2004) and several book chapters, “Self and Power in the World of Romance: Extending Sociogenic Theories” (2004) and “Vygotsky, Mead and the New Sociocultural Studies of Identity” (2007)

The three most recent projects mentioned above, “Estrangement from the Public Sphere,” the study of the U.S. environmental movement, and “One Movement or Two?  Moral Logics and Food Action Networks in the Alternative Agrifoods Movement”, are large, collaborative ventures. All three projects investigate the new conditions for political and cultural activism and the importance of environmental and agricultural issues in the public sphere. They also ask how social movements inhabit people’s lives, becoming not only viable communities of practice but enduring cultural forms of desire and morality.

The results of the first project have been summarized in the book, Local Democracy under Siege: Activism, Public Interests and Private Politics (2007, NYU Press).  Several articles from the environmental movement study have been published in the last several years: “Becoming an Environmental Justice Activist” (2007), “Identity and Sustained Environmental Practice” (2003) and “Multiple Identities in Practice: On the Dilemmas of Being a Hunter and an Environmentalist in the USA” (2003 in the E-journal, Focaal).

Links to a complete listing of publications, papers and other activities relevant to these research interests are given below.

Food, Morals and Class in the US Alternative Agrifoods Movement

This ongoing project was created to bring my and others’ research on social change into dialogue and collaboration with community organizers and activists in North Carolina, the U.S. and abroad.  The partnerships that CIRA “houses” may be initiated by either academic or public actors and are predicated on the idea that both groups are interested in joining forces to address a particular problem and that both stand to learn from the exchange.  New knowledge and new practices—that would not otherwise have been reached—are expected to grow from these collaborations.  Academic participants span any number of disciplines, as the problem addressed dictates.  Community participants are drawn from coalitions of groups and individuals working in different areas of a state, region or beyond to resolve perceived social problems and pursue desired opportunities.  CIRA is intended to provide an infrastructure and a forum to support a number of such collaborations.  It is a “horizontal” instrument of its participants, not a “vertical” institution intended to control the course of the work involved.

The latest project in this vein, initiated in 2011, is the formation of the Warren County/UNC SPARC.  SPARC refers to a model for collaboration that we are developing: a Sustained Participatory Action Research Collaboration.   The model involves both co-teaching and participatory research—the latter to develop what we think of as “community R & D” to address perceived problems and opportunities.  The first project of the SPARC, supported by seed funding from the Innovation Fund of the UNC-CH Institute for Arts and Humanities, is based on innovative “Community Voice” methodology.  It seeks to identify an emerging narrative of possibility about Warren County, an area known for its recent hard times as a low-wealth NC county and its inspiring history as one of the origins of the Environmental Justice Movement.  The emerging narrative in this case is about local food.  The narrative and action teams draw on the expertise and place-based knowledge of activists and community leaders in Warren County, but also on social-scientific methods adapted to these contexts.  The efforts are thus designed not only as steps toward developing community capacity, but also as contributions to knowledge in various disciplines.  This doubled and interdependent achievement exemplifies CIRA’s desired outcome.

Links to activities relevant to CIRA are given here

This collective project started in the Fall of 2003, encompassing faculty and graduate students in anthropology, sociology and geography primarily, with a few participants from other disciplines. The aim of the group is to infuse the field of social movement theory and research with new ideas arising from interdisciplinary conversations in the academy and intellectual-political conversations within and among social movements themselves.  Hence the group has moved to engage seriously with social movement activists as knowledge producers in their own right, instead of “theorizing” about movements from academic positions. Over the past years, the group has had collective discussions about established and emergent notions in the field (knowledge, networks, identities, space and place, ethnography, etc.), some of which have taken place in dialogue with activists from various parts of the world. The anthropologists in the group are of course interested in anthropological contributions to the field, which have remained largely invisible or secondary in the field of social movement studies as a whole.  They are also drawn to dialogues across disciplines and epistemologies with sociologists, political scientists, geographers, and others.  The group has published a series of papers in theAnthropological Quarterly and organized a number of annual conferences.  Current faculty facilitators are: Dorothy Holland and Arturo Escobar (Anthropology) and Charles Kurzman (Sociology). For more information on this project (including the project’s background papers), see http://www.ibiblio.org/smwg/

Links to activities relevant to research on social movements