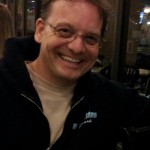 I am a socio-cultural anthropologist studying American politics and social movements. I came to anthropology from over a decade of work in grassroots electoral politics where I managed campaigns for candidates and ballot propositions. The work left me with a desire to study how Americans organize themselves politically, fashion collective and intimate political identities and reach political decisions. These processes often emerge in the context of collectively constructed symbols and discourses, locally situated identities and powerful trans-local forces. Though these processes are not new, understanding them takes on new urgency when considered in the context of new media and social networks, large elite organizations and powerful ideologically based broadcast media.

My current research was conducted with participants in the Tea Party Movement, a right-wing American social movement that contains both grassroots and elite components. My research investigates how small, local tea party groups are important sites where the Tea Party comes alive and is experienced by everyday citizens, how local groups are sites for the fashioning of powerful political identities and how those groups form the context for new political issues and conflicts. When compared with other protests emerging in 2010 and 2011, the Tea Party provides an added and important dimension to the study of contemporary social movements.