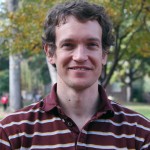 Professor and Director of Undergraduate Studies

I am an anthropological archaeologist with interests in zooarchaeology and human animal interactions in the prehistoric and ancient Near East. My research addresses topics ranging from the origins and spread of domestic livestock in the Neolithic to the social and economic uses of animals in early complex societies. I direct the ‘Central Anatolian Pastoralism Project’ which examines the origins, evolution, and social context of animal husbandry in central Turkey from the late Pleistocene through the mid Holocene and I am involved in field projects at Çadır Höyük, Acemhöyük, Köşk Höyük, and Direkli Mağarası (all in Turkey). I am also currently involved in multi-disciplinary projects exploring the origins of domestic horses and donkeys in Anatolia, the origins of wool production, and the evolution of elite hunting practices in SW Asia.